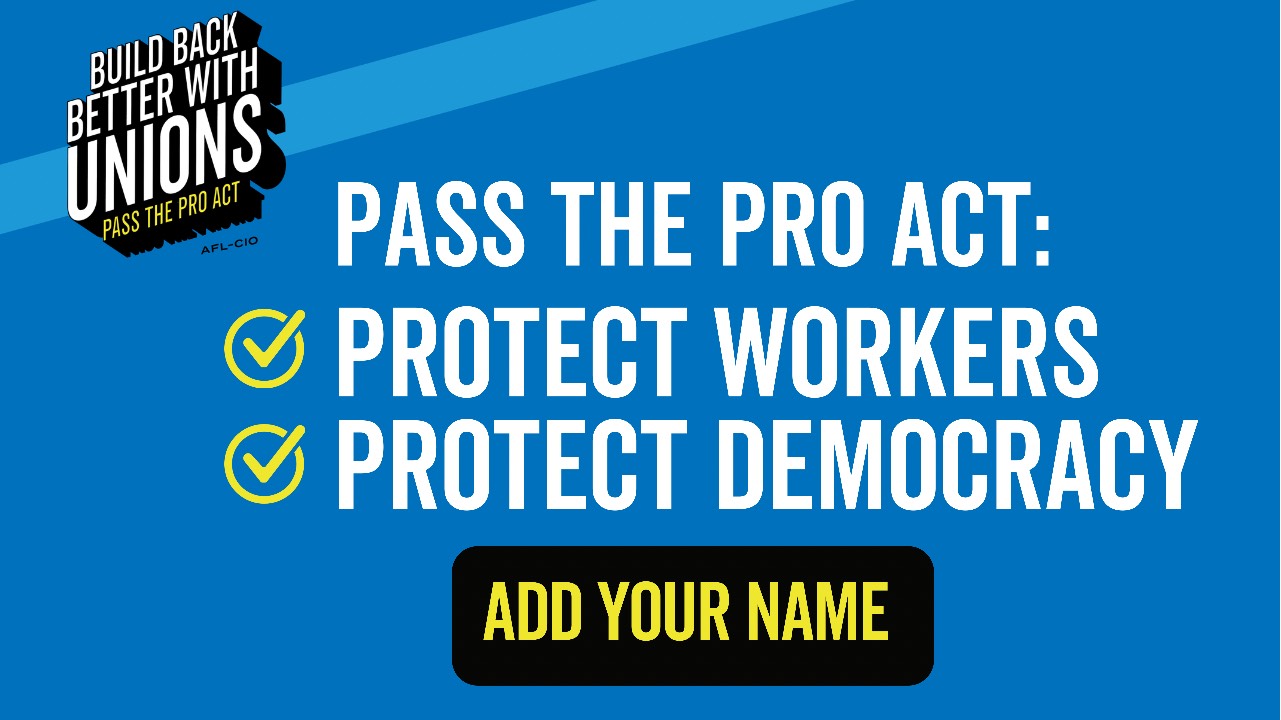 Workers’ rights are under attack.

Our outdated labor laws have been chipped away and weakened by anti-worker legislators. Every day, we hear about corporations openly union-busting and retaliating against working people without consequence.

That’s why we need the Protecting the Right to Organize (PRO) Act. The PRO Act is the most significant worker empowerment legislation since the Great Depression. If it passes, it would:

Strong unions mean higher wages, safer working conditions and dignity for all people who work. Passing the PRO Act is our first step to getting there.

Union Plus offers services and discounts, including savings on wireless service, travel and more.